This is me getting to grips with the black and white film emulation built into my Leica Digilux 3. It emulates two types of film: "dynamic" which is like Ilford HP5 and "smooth" which is closer to an FP4 type film. These were all shot on dynamic mode. Just click on the image above to view them in my Picasa gallery.
Posted by Gordon

I hear that the City of Edinburgh Council is intending to move away from providing block grants to charities for the provision of services. For those readers who are not initiated into the world of voluntary sector funding the council gives money to charities to provide services in the fields of social care, children and families. The amounts of money given are usually very far short of the total cost of running the service and the organisations make up the rest through fundraising - usually providing a higher standard of care than what would be possible if the council was running the service.

Direct payment differs by making the payments to the users of the service which they then use to buy services from charities, the council themselves or private sector providers. This is supposed to improve choice for service users, but in reality it saves money for the council because not all of those personal budgets will be spent and if a service user does not pay their "bill" to the charity there is no way this will ever be pursued for payment. The council is obviously very keen on this method of funding, but it presents a couple of quite significant problems that are not obvious unless you have experience of fundraising or financial management:
The real question is does the City of Edinburgh Council realise that these issues exist or are they just willing to make a switch to direct payment as a way of saving money now and deal with the problems later?
Posted by Gordon

Google and the rise of the nofollow backlink.

Google decides where web sites appear in their listings using a 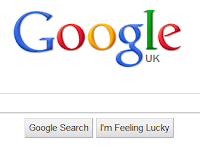 combination of the relevancy of the page content to the phrase being searched on by their user and the perceived importance of your page. To decide how important a page is they look at all the pages from other sites that link back your page and assess the importance of those pages. For example, if you had a page about Microsoft Word and it was linked to from the Microsoft web site then this would be considered a very strong vote in your favour. If it was linked to from someone's personal blog then it would still be a vote but its strength would be lower and it would be worth less.
This system has worked well, but has not been without criticism (it tends to discriminate against newer web sites) and there is now a problem looming for Google which is rendering its page rank model less accurate.
I work for a nonprofit organisation and more than 50% of organic links back to our website are marked as nofollow. The nofollow status of links tells search engines not to follow those links. Google does not count nofollow links as a vote for your site in their ranking algorithms. The trend towards nofollow links started with Wikipedia where there was a serious risk of link spamming because of its open nature. I believe that some blogging software defaults to nofollow which means that bloggers linking to our website content and campaigns don't contribute to our Google PR or rankings.
The outcome of this is that Google's method of ranking web pages is being left behind. Its a shame and its also becoming a problem for users who find it harder to find relevant content, especially in local areas or in subjects where there is a lot of professional SEO activity.
Rather than just criticising Google I have a few ideas about how this move to nofollow could be addressed. Its a brainstormed list of ideas and I am not suggesting one over the other:
This is an issue which needs to be looked at and I hope this article adds to the discussion.
Posted by Gordon

A moment of self realisation

Just realised that I am too nice for my own good. People really do see me coming sometimes and nobody is particulary excited or attracted by niceness.
Posted by Gordon

Here is an interesting question. Why did the disciples decide to give up everything and follow Jesus?
Clearly its not for the same reason that people become Christians today as there was no expectation of atonement for sin. So did they believe he was going to be an earthly messiah, becoming literally the king of the Jews? I am not sure about this because Jesus never really made that claim to them. Neither does he tell them he is going to die as a sacrifice for sin.
So why did the disciples follow Jesus?
Maybe its something to do with learning from a teacher (rabbi)?
Maybe they saw him as a successor to John the Baptist who would cleanse the temple system.
I have no answer to this question, but I raise it here because it is a bit of a theological elephant in the room for modern day believers.
Posted by Gordon