The realignment of churches in Edinburgh

Following on from the purchase of Methodist Central Hall by Morningside Baptist Church, Charlotte Chapel are now attempting to buy St Georges West Church from the Church of Scotland. Both of these moves have been caused by increasing congregations for these larger evangelical churches. Carrubbers Christian centre is in a similar predicament being unable to accommodate all their worshippers at the one service in the same building.

Although these churches appear to be growing I think there are a number of factors at work here:


All of this has led to growth of these independent churches while mainstream churches are generally declining. Within mainstream denominations any growth is in their evangelical and charismatic congregations (e.g. St Mungo's Balerno).

What we are seeing is a major realignment by stealth rather than by a schism in the church like the 1843 disruption. As was said in a rhyme of that time:


Although this time round the "disruptors" are getting the rather grand buildings.

Its a fairly gloomy picture for the other churches who have responsibilities for local funerals, school chaplaincy and other duties, but with ageing congregations and reducing income. 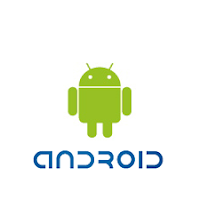 Since the update to their Android app in February I have been unable to use We7 on my android phone. It keeps crashing, and there are reports from other people of the same fault. The worst aspect is that songs saved to the SD card can't be played either.

I have contacted We7 and they are promising a fix to be rolled out towards the end of March. They also nicely offered me a free month's service to make up for my lack of use this month as I have a paid subscription.

I will be away at the end of the month, but will look for the update as soon as I get back.

Email ThisBlogThis!Share to TwitterShare to FacebookShare to Pinterest
Labels: android, we7

The murky past of Boris Johnson aka Borisgate

In addition to his involvement in the Bullingdon Club alongside David Cameron and other Tory stars, our Boris got himself involved in the Darius Guppy case. Guppy - also a former Bullingdon boy - was being investigated by News of the World  journalist Stuart Collier over his involvement in an insurance swindle he eventually served time in prison for. According to the Mail on Sunday, Guppy asked Boris to find Collier's home address and phone number so he could pass it to an associate from south London.

Unfortunately the phone conversation was recorded and the tape made its way to other journalists. A full story is from the Mail on Sunday 16th July 1995 and can be read here:

I should say that Collier wasn't attacked and Boris didn't actually provide the details, but the fact that he could be leaned on like this shows how power relationships from school and university days are still relevant to the front line of today's Conservative party.

Email ThisBlogThis!Share to TwitterShare to FacebookShare to Pinterest
Labels: politics

The Easy Way to Bake Bread 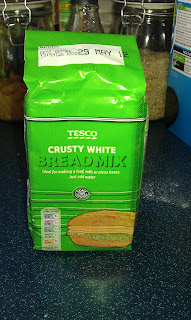 Ever wanted some fresh baked bread, but don't know a recipe? Well our friends the supermarkets have come to your aid with pre packed bread mix. All of the major supermarkets are doing it and the packs have a shelf life of a few months. All you do is add water and follow the instructions on the pack. Each pack contains all the ingredients, including the yeast, so you don't have to hunt around for them. Each pack handily files a one pound loaf tin.

Here is how the process works for Tesco's version: